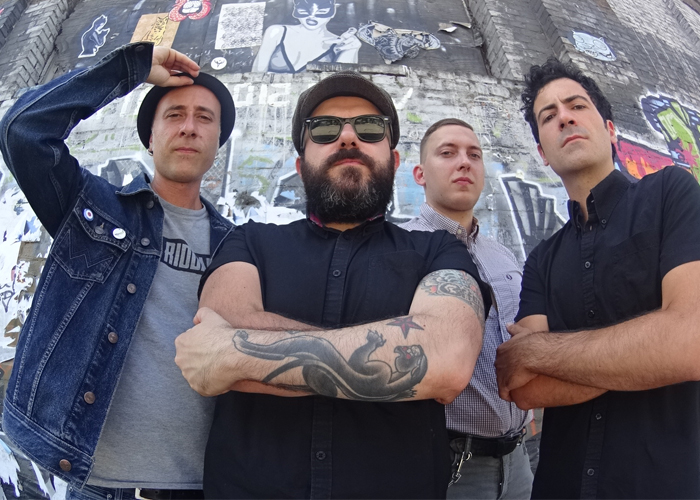 
„There’s a class of common people, of workers, across borders, beliefs, nationalities, colors and genders that stands for human rights in constant opposition to autocrats, bankers and corrupted politicians. There’s a Class of Nations“.

With a clear statement THE OFFENDERS introduce their 8th full lenght CLASS OF NATIONS out in November 2019 on Long Beach Records Europe. The album represents a change in the band’s sound, adding to their offbeat trademark a more straight-in-the-face streetpunk sound combined with folk elements, using for the first time ever in their carreer a mandolin as lead instrument alongside punk distorted guitar and fast upbeat tempo. As they always did in nearly 15 years of activity, THE OFFENDERS still have a say about nowadays society and politics, as revealed in the opening track „Rose Thorn“ (feat.Frankie McLaughlin / THE RUMJACKS), a working class anthem standing against all profits that corrupted politicians made upon their lies selling out the future of the workers; the itchy feeling under skin that never goes away properly like having a rose thorn right under skin that you can’t pull out.